Our current neighborhood spotlight is Levittown!

One of my favorite Long Island neighborhoods is Levittown because this wonderful town is rich in history. It is full of great people and home to many jobs and industries on Long Island. There are many events going on during all seasons. Read on to see why I chose Levittown to spotlight in this neighborhood feature!

William Levitt and his family founded Levittown in 1947. His father was a real estate attorney and also bought and sold properties. First, he purchased vacant lots in Brooklyn and Rockville Centre from a bankrupt client. Next, he financed builders who bought the land and started to construct houses there. The builders went out of business and so he encouraged his sons to take control of the incomplete houses. Thus, in 1929, Levitt and Sons, Inc. was founded. Additionally, William Levitt served as company president. William’s brother, Alfred Levitt, became vice president of design. He drafted plans for the first Levitt house: a six bedroom, two bathroom Tudor style home that sold for over $14,000 in 1929. The Levitt family began a reputation of building custom homes on Long Island’s north shore.

Eventually, the company bought 1,000 acres on Long Island. Levitt broke ground on the development, Levittown, as part of their plan to construct a low-priced community. Alfred designed the homes as well as the layout of the neighborhood. Each front yard had two trees, equally distant from each other. Each home were ranch-style and on a seventh of an acre lot. The homes were 750 square feet of two bedrooms, a living room and a kitchen, along with an unfinished second floor. The houses did not include a garage. William was in charge of finance and marketing. He convinced lawmakers to change the laws to help with the construction and also by updating building codes. They utilized mass production methods which kept costs low.

The houses sold for $7,990 at first, which provided the Levitts with a profit of $1,000. A $58 down payment allowed a home purchase and included a free washing machine and television.  1400 very eager home buyers purchased homes on the very first day. 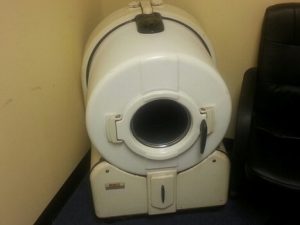 Levittown is considered to be one of the  first and largest mass-produced suburbs. By the same token, it had a stigma of a large suburb coupled with identical housing. However due to growth and expansion, many people have creatively changed the look of the homes and each has become uniquely expanded.

Due to it’s rich history, the Smithsonian Institution wants to display a Levitt house. They are looking for an original ranch model. Bill Yeingst, a historian with Smithsonian’s National Museum, has said “The stories played out in suburban Levittown are the stories of America. They are stories important to everyone.”

Things to Do in Levittown

Levittown hosts numerous activities throughout the year. In the fall is the annual street fair. The Levittown Chamber of Commerce hosts a large family festival every Memorial Day. The fire departments offer fundraisers and Christmas tree sales. Likewise, the library consistently offers programs for both adults and children.

Levittown has a top-rated school district with two high schools, two middle schools and six elementary schools. Furthermore, the U.S. Census of 2010 counted 51,881 people. It boasts of delicious restaurants, not to mention good people. The median home value in is $370,000.